The Jewish narrative that Hitler supposedly wanted to exterminate slavs is not supported by any of his actions during the war. Poland only got rekt because their stupid leadership refused to cooperate at all and went with Churchill and his Jewish Focus Group backers advice instead.

Really, you think that if you kick out all the muslims, africans, etc. raping and pillaging the land that won't solve the problem?

That's delusion to you? You definitely are mixed with those fucking abbos.

FYI Ukrainians are not slavs, they are turks. Example: 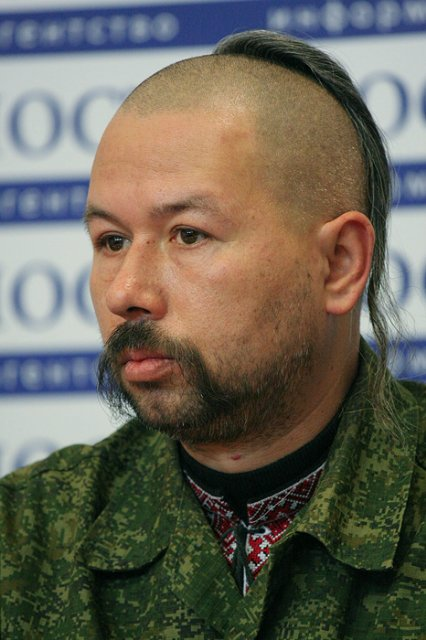 Besides, western ukrainians are nazis themselves.
Russians must save Europe from the racist liberal elite.
Top

That Guy wrote: ↑
1 year ago
The Jewish narrative that Hitler supposedly wanted to exterminate slavs is not supported by any of his actions during the war.

You should open a history book or watch a documentary at some point. You're getting all of your information on Hitler from websites such as 4chan, and you're going to end up looking more and more irrational in the company of anyone with a clue.

You've made the following, idiotic statements:
- Hitler didn't hate Slavs;
- There were no gas chambers;
- The war on the eastern front was a "petty land squabble";
- The boom of the mid 1930s would have continued to the present day;

You see the guys behind the fence? They starved.

Your hero wanted to kill the Jews ... and the Gypsies, and the Poles, and the Ukrainians, and so on, and also all of the communists, the homosexuals, the physically disabled, and the mentally disabled. Towards the end of the war, he also supported the mass death of German citizens.

In one of the documentaries that I watched recently, they quoted a German woman from that era. She had lost faith in Hitler. She said that Hitler didn't need to worry about feeding his family or surviving, he would probably just let tons of Germans die, and then shoot himself rather than face consequences. Well, that's what the coward did. He waited until as many as Germans as possible died, and then he committed himself. Germany lost 4.3 million lives in the second world war, and tons of its women were raped by Soviet soldiers seeking revenge. But Hitler took the easy way out and committed suicide.

Joseph Goebbels murdered all of his children at the end of the war:

\
Sorry bud, but your religion is a death cult.


For those wondering, That Guy linked to Wikipedia discussing the existence of a Ukrainian division within the Nazi Army. He believes that the presence of soldiers fighting for the Axis demonstrates that the Nazis had no anti-Slavic racism.

That is obviously specious reasoning to anybody thinking at or above a high school level. I want to further argue that if the same argument were presented in a different context, with the labels changed, That Guy would himself be able to see that the argument is crap.

Regardless, with respect the actual argument. The Nazis started incorporating more non-German troops later on in the War. As is pointed out in the first paragraph of the page that he links to, the Ukrainian division was formed in 1943. By that point, it was clear to anybody with a clue that the Axis were going to lose the war, as they had been defeated at Midway, in North Africa, and at Stalingrad, largely due to Hitler's incompetence. The Germans were desperate and so they started including more troops from groups that they considered inferior, they had some French troops, some Belgian troops, and even some Russian troops at later points in the war. The use of mercenaries is actually considered to be a typical behavior of decaying empires, and even there, the Galicians were the only Ukrainians allowed to serve.

The Ukrainians who volunteered for that division were dupes -- they thought that they might be fighting for independence. They were not. Had Germany somehow won the war, some 66% of them would have been annihilated, to make way for Lebensraum. When Hitler's second in command, Herman Goering, got to Ukraine, he said that the weak should starve to death, and that those who are strong, should be made to work, until they too were weak and then could starve to dearth.

Excerpt from a speech on Nazi plans for the Ukraine:

When Adolf Hitler spoke about the United States, it was generally – before the war at least – with admiration. And it was a question for Hitler: who will the racial inferiors be? Who will the slaves be in the German Eastern empire? And the answer that he gave, both in Mein Kampf, and in the second book, and in practice in the invasion of 1941, the answer was: the Ukrainians.

The Ukrainians were to be at the centre of a project of colonization and enslavement. The Ukrainians were to be treated as Afrikaner, or as Neger – the word was very often used, as those of you who read German documents from the war will know – by analogy with the United States. The idea was to create a slavery-driven, exterminatory, colonial regime in Eastern Europe where the centre was going to be Ukraine.

This is not only a matter of theory, this is a matter of practice. German policies, the policies that we remember, all of them focus precisely on Ukraine: The Hunger Plan, with its notion that tens of millions of people were going to starve in the winter of 1941; Generalplan Ost, with its idea that millions more people would be forcibly transported or killed in the 5, 10, or 15 years to follow, but also the final solution, Hitler’s idea of the elimination of Jews; all of these policies hung together in theory and in practice, with the idea of an invasion of the Soviet Union, the major goal of which would be the conquest of Ukraine.

That Guy wrote: ↑
1 year ago
That's delusion to you? You definitely are mixed with those fucking abbos.

Don't insult my ancestors. We are called Aborigines.
every day is Father's Day
Top 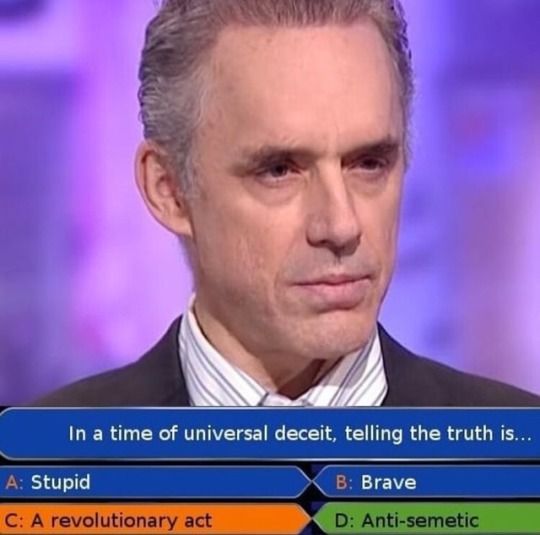 But for real, that's extremely fucked-up.

We're now at a point where some asshole could film a video of themselves, deep fake someone else's face over it, and now even apply a script to it and actually have the person's voice too.

There's just so much obvious political devastation possible there.

As a kid, I was really fascinated by technology and how futuristic and cool things would be when I got older...

Little did I know the future would be Blade Runner and not Star Wars.
Top

This will be me in the future:

imagine having daughters, or kids in general, on top of that
Top

The best part of this video is the final seconds actually. He acknowledges that soon the only way we'll be able to verify something is if it's live streamed as we watch it in real time, but then it's only a matter of time until technology catches up and they can alter things on the fly (the voice and mouth movements to alter things mid-sentence, risky as it can look obviously wrong but certainly possible soon again)

And then- the only way we can truly know is to be there, in the flesh witnessing ourselves. Unless- holographic technology also soon becomes so real (such as the 2 Pac and other artists very popular hologram tours) that we or anyone else in the crowd can't tell if it's the actual politician in front of us.

Yes in sargons unintended 15 second ramble his stream of consciousness perfectly summed up just how far this can go and how uncontrollable it is.
Look, fat...
Top


The deepfake artists need to be stopped, using whatever legal means are necessary, as soon as possible.

There you go again.
Top

Man this is so sad

I sometimes wonder how it was even possible for him to keep up while he was easily being the most unfairly demonized person in the contemporary Western World. By the radical left that is now pervasive in our media, education system and politics of course.

And then on top of it all, you have his wife getting terminal cancer, after his daughter horribly suffered from an auto-immune disease that could have done her in, and he's now addicted to anxiety medication.

Jordan Peterson is an amazing human being and he's allowed me to transform my life in ways I had never have thought would even be possible. His insights and work remain groundbreaking, but sadly he has this oversensitivity, this fragility that he wears on his sleeve.

And to me that's undoubtedly a form of courage. But at the same time, I really hope he doesn't end up sacrificing his own life in the process. I'm going to pray for his recovery.

Poor chap. That is absolutely horrendous. I'm not a fan of some of his advice, but that must be hard to overcome - especially as its his childhood sweetheart and he is such a family man.

Anyone who uses this to attack him is a scumbag.
Top

The affect of the wife/mom is a little...strange to me. The same dazed, moonchild manner that Mia Farrow has, for instance. And hasn’t the daughter been outed as a pretty shameless grifter, advertising “sessions” with her where she tells the person to just eat meat? Although afaik she has no credentials or expertise to do so. And her mysterious illness is rather dubious anyway, the “all meat” diet is strange and likely has little to do with the cessation of her symptoms, such as they were.

I think some of what Peterson has to say is good but there is something very solipsistic and perhaps manipulative seeming about the whole enterprise. Chomsky would respond to emails and even meet with people but he didn’t charge exorbitant sums of money or set up a Patreon for that purpose, and why should he have, he obviously drew a substantial income from MIT. No offense to anyone who likes him I just feel that Peterson is too much of a media personality and it makes me highly suspicious of him.
Top
Post Reply
138 posts