by the way, i'm not posting this thread to "spread the truth" or wake anyone up, i don't give a shit anymore and you're pretty fucking far gone anyways. I'm posting these threads from now on for fun, and i don't give a fuck whether you'll even read it or not. And insults, mockery, all this shit doesn't matter to me and i won't respond to any replies no matter how much you moan and whine like a little bitch for some shitty upvotes.

Anyways, in this thread i'm going to talk about the existence of "giants". Throughout history, nearly all the cultures, religions, legends, historians wrote and knew about giants and they were a known fact back then (before the Jewish freemasons took over everything), and believe it or not, bones also have been found more than once. 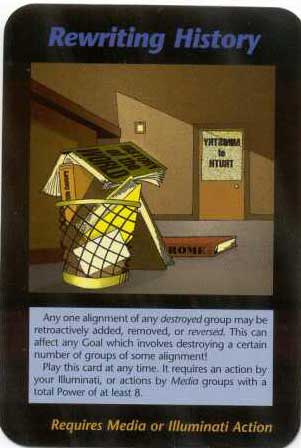 About history, we have for example the Historian John Smith wrote in 1608 : "The Susquehannock are a gyant-like people. They measured the calf of the largest man's leg, and found it three quarters of a yard about, and all the rest of his limbs were in proportion".

Flavius Josephus a first century Jewish Scholar and historian wrote : "For which reason they removed their camp to Hebron; And when they had taken it, they slew it's inhabitants." "They were till then left the race of giants, who had bodies so large and countenances so entirely different from other men, that they were surprising to the sight and terrible to the hearing." "The bones of these men are still shown (God, i wonder where they went now) to this very day, unlike to any credible relation of other men."

Roman Historian Pliny also mentions that in the reign of Claudius from 41 to 54 AD a nine-foot, nine-inch giant named Agaberas was brought from Arabia. Claudius placed him and some worshipped him as a God.

Since i'm Egyptian, i'm going to talk about Egypt for a bit. Throughout history, people have always wondered how the pyramids were built. Till now, we still can't build a pyramid because we can't lift the stones too high. Some say that aliens have built them, some say that Egyptians could defy gravity (lol at gravity), and many other bullshit stories.

But those idiots couldn't even notice that the secret of the pyramid was in front of everyone all along. 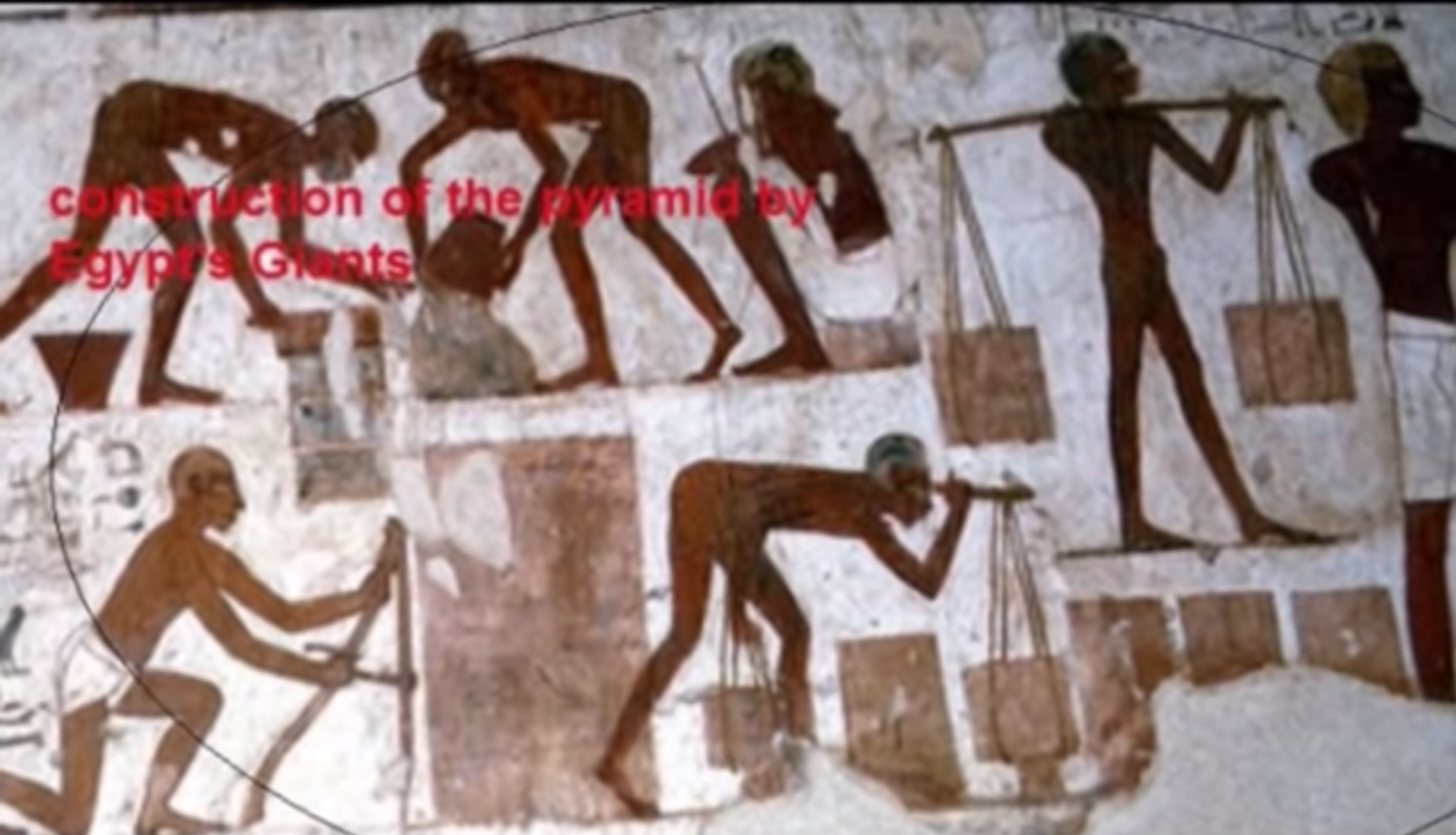 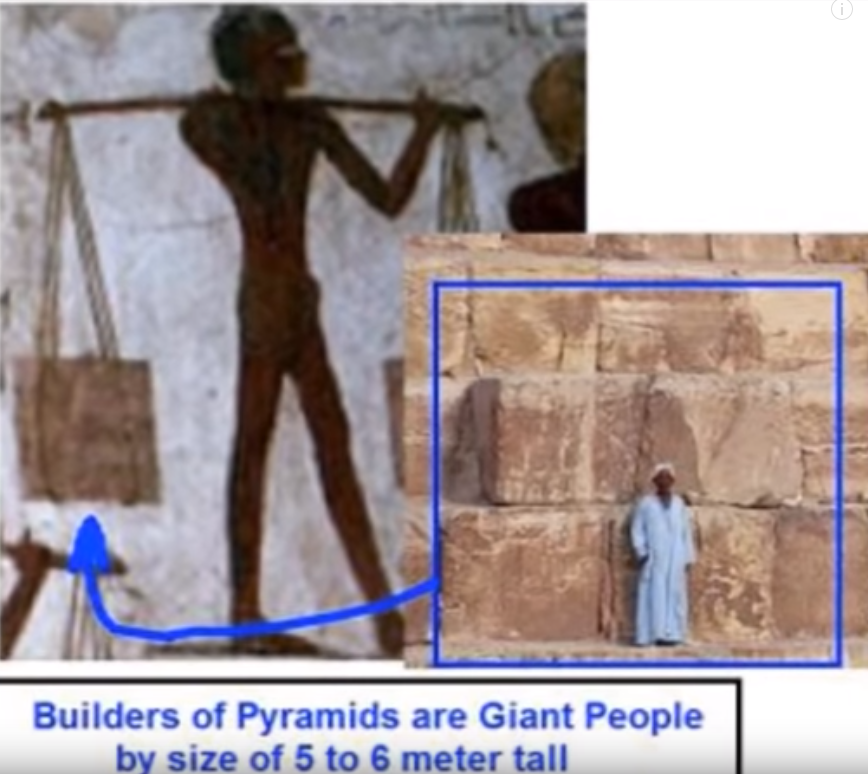 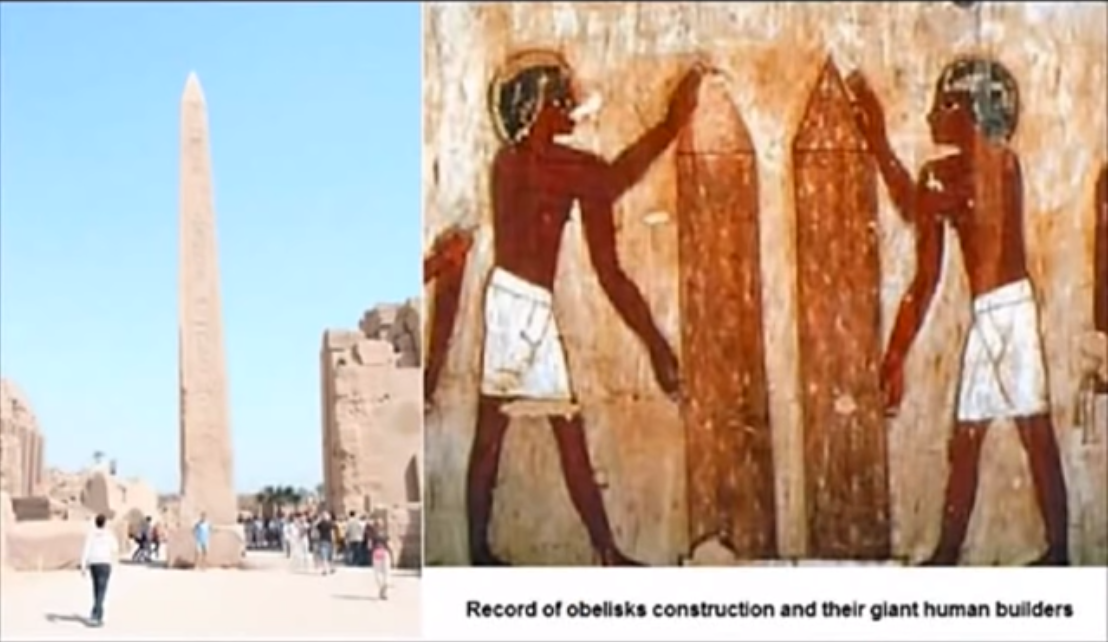 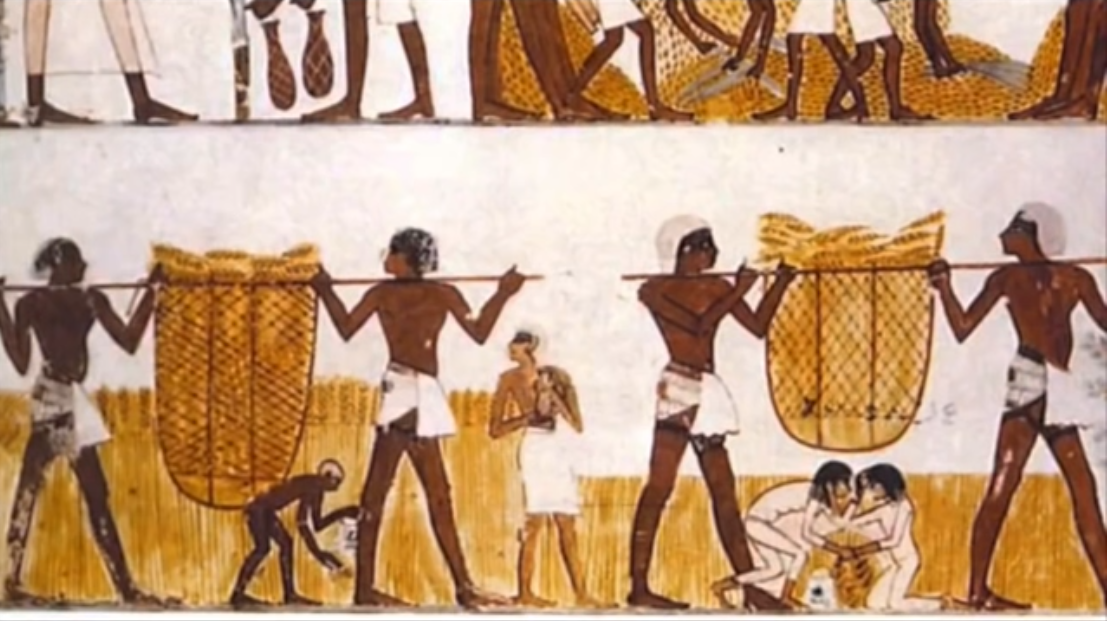 The giants building the pyramid is the only story that makes any sense out of every other story or theory.

by the way, those weren't the ancient Egyptians you know of. The Ancient Egyptians are a bunch of thieves who didn't do any shit useful. I'm an Egyptian and i'm telling you that my ancestors didn't do any of this. Those you see are called the people of 'Ad and they were mentioned in the Quran. Allah sent them a prophet called Hud, they mocked and laughed at him and told him that he's a liar until they were eliminated by a really harsh wind by Allah. Might also explain why Sphynx was discovered buried under the sand, which indicates an enormous sand storm. And by the way, those "Egyptians" didn't write anything on Sphynx, not because it was not important, but because they didn't even know it existed because it was also buried during their time. Another evidence is that there are many pyramids that were suddenly left uncompleted for no reason, which makes sense considering that the people of 'Ad were all eliminated at once.

Other pictures of the people of 'Ad (notice the size of the cattle compared to their's) : 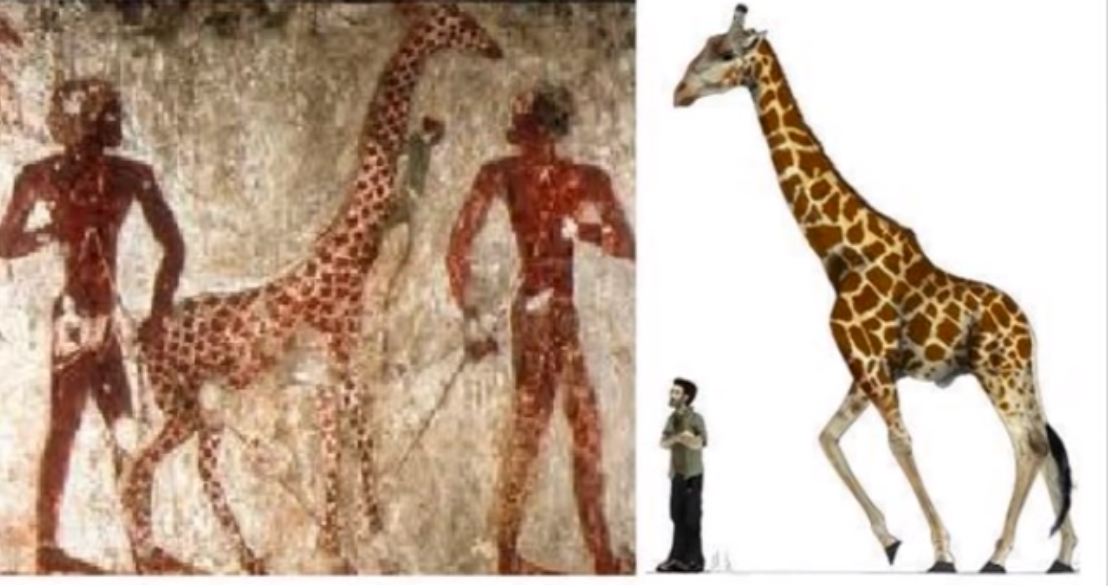 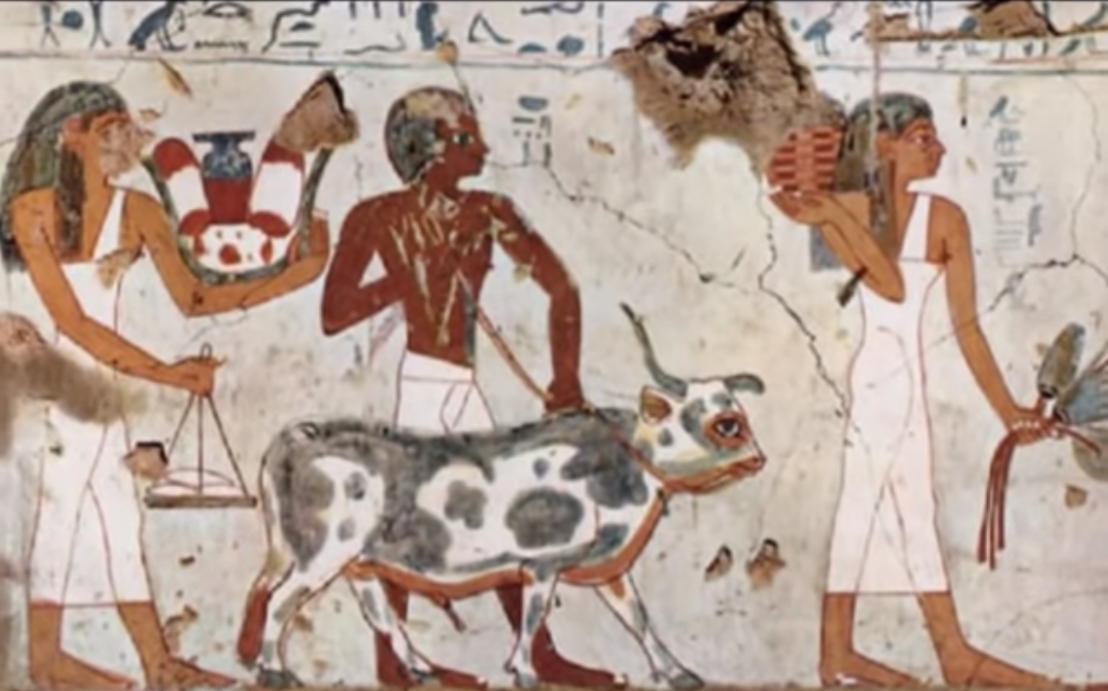 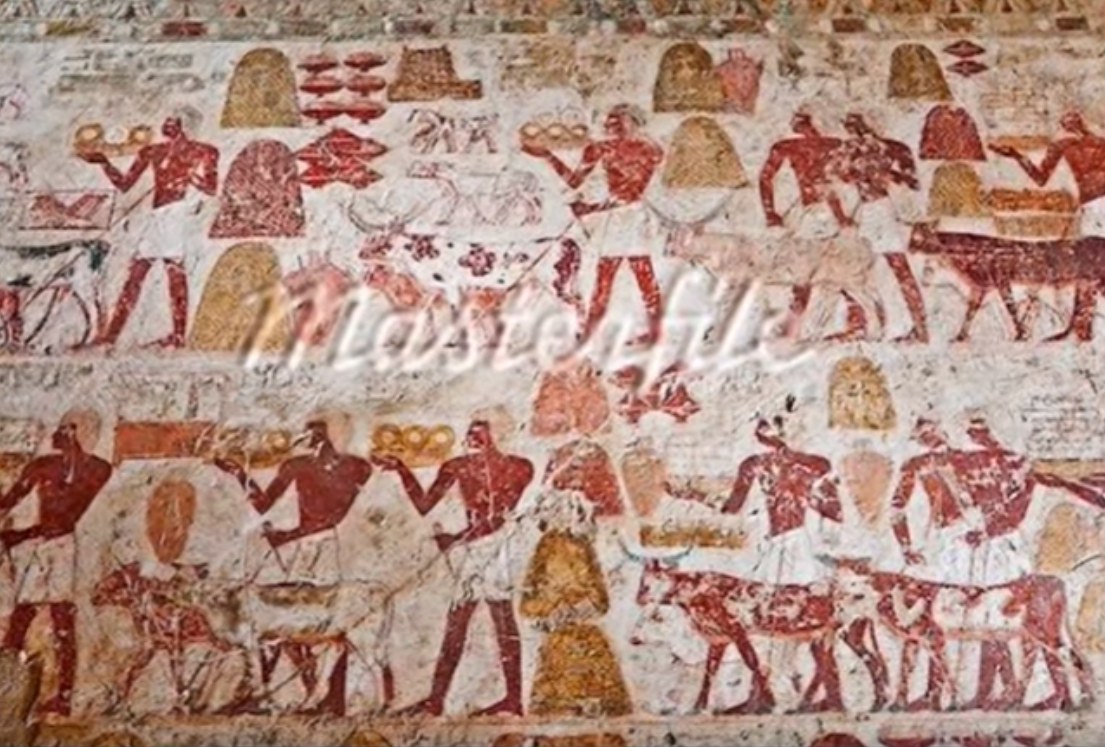 I know the most important question you have now, if those giants existed, where are their bones or remains ? And despite that The Smithsonian who are owned and funded by the Rothschild are hiding many evidences, there're still bones that we can see.

Gregor Sporri an entrepreneur from Switzerland who used to work as a private investigator. In 1988 he contacted and met with an old man living 100 KM northeast of Cairo to take a look at the family treasure, which is a "giant mummified finger" with a fingernail still attached to it. It was also accompanied by an X-Ray. 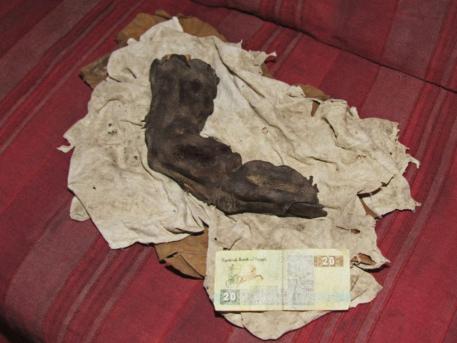 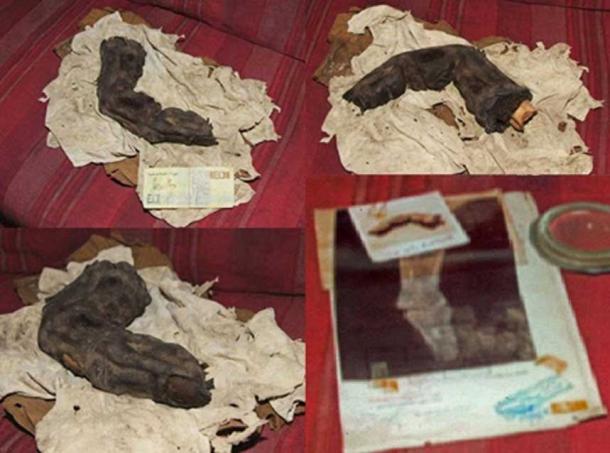 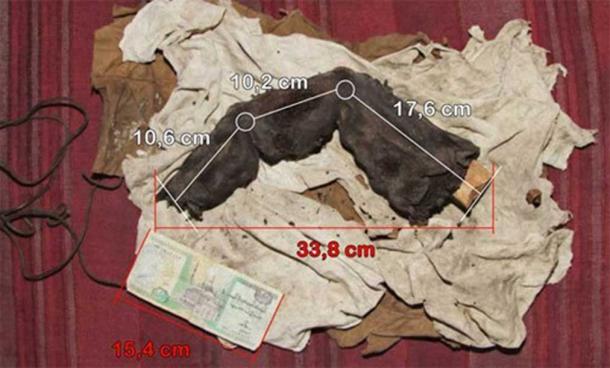 Gregor Sporri said : "i was totally flabbergasted when i saw the dark brown giant finger. I was allowed to take it in hand and also take pictures". The old man said the finger was found in the grave of a giant mummy somewhere near the Giza pyramids. The owner of the finger must have been about 16 ft or 5 meters tall. He tried to convince the old man to sell it, but he refused because it was too important to his family.

Other bones were found by Anthropologist George Vache, and an estimation from the bones found indicate that those humans were about 3.5 meters tall.

He's called the Giant of Castelnau

There also the part of the upper leg bone with hip joint of a giant that would have stood about 12 feet or 3.6 meters tall and this bone is at the vault of the medical school at the university of Witwatersrand in Johannesburg since the early 1960's. And it was found in a mine by miners in Northern Namibia. 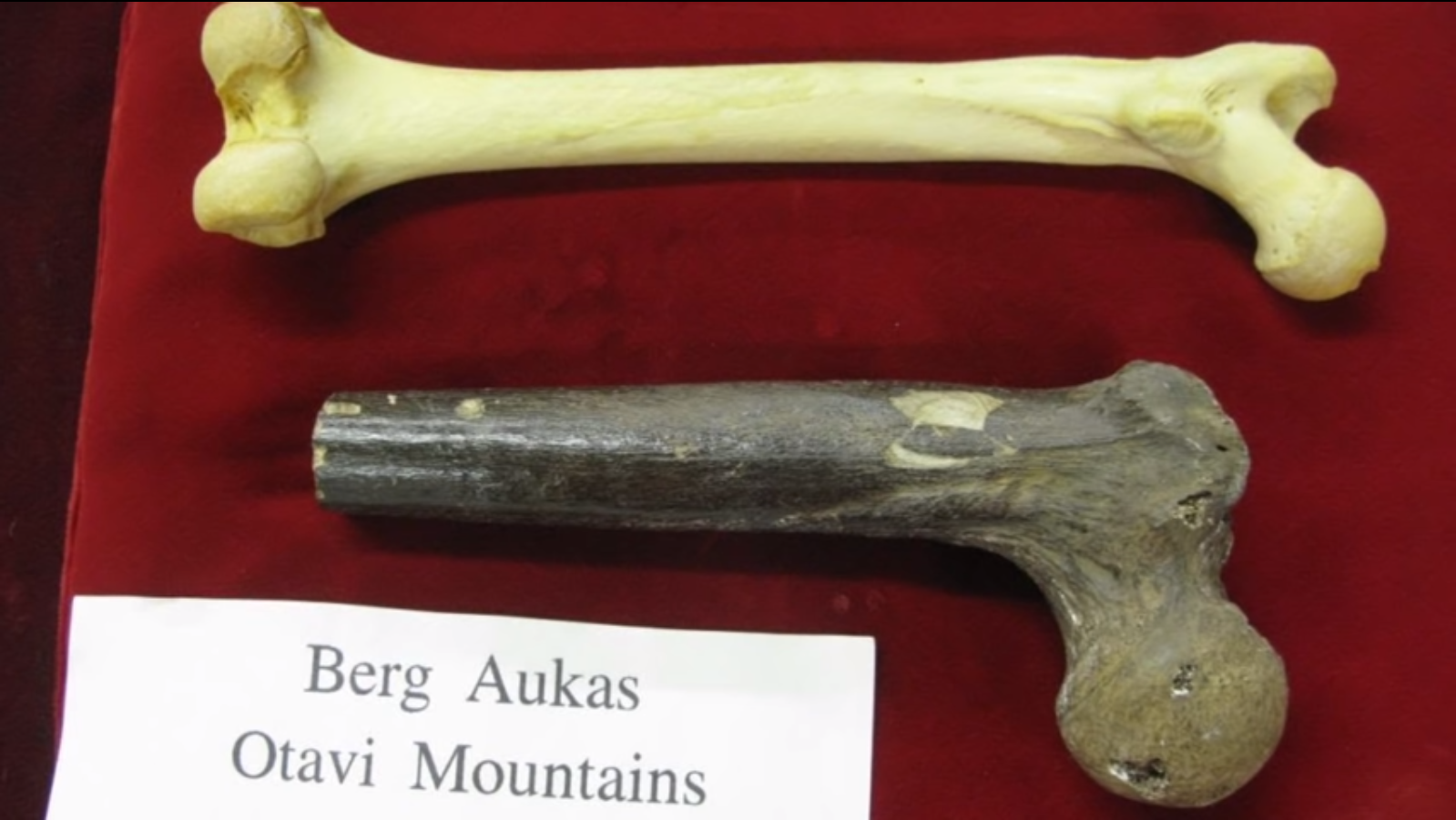 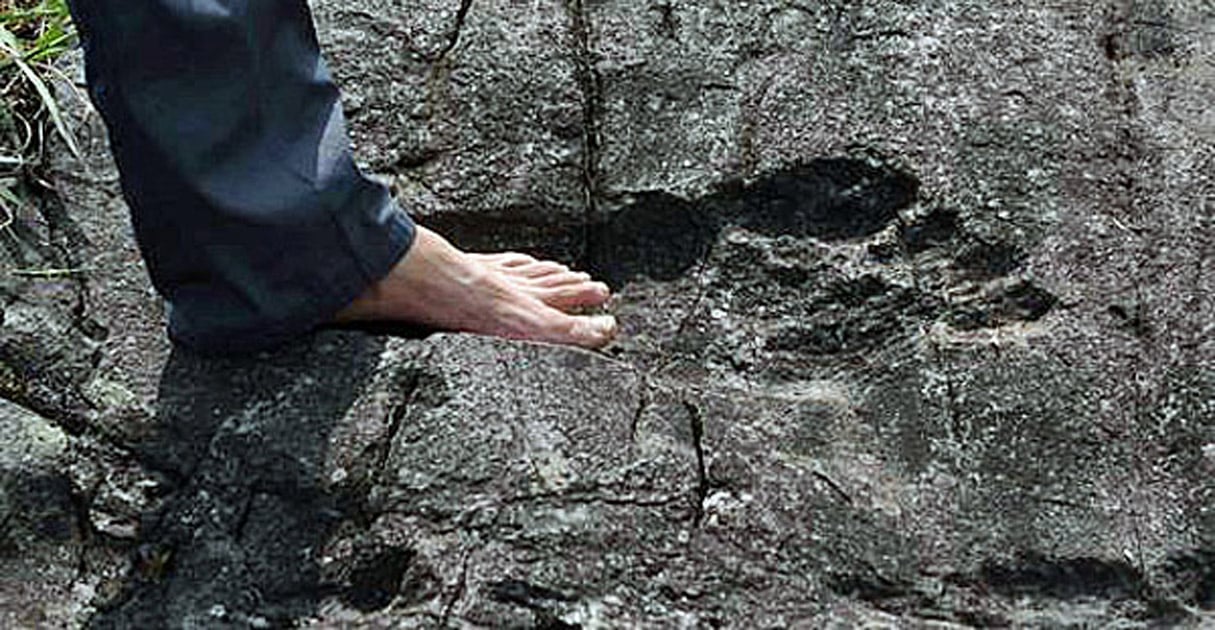 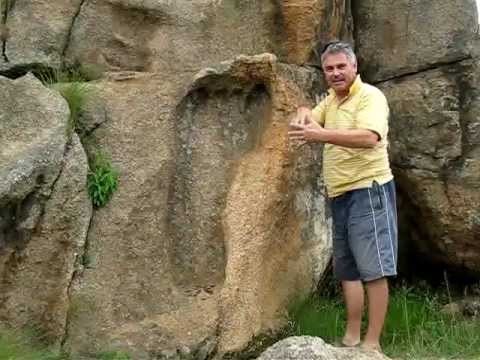 Since this thread seems to be going too long, i'm finishing it now and i'll start another thread later or make a post in this thread for a part two since there's still much more evidence about the existence of giants.
You're a shit tier dumb poster - earth is flat etc. Reminds me of the clueless aunt, uncle John was good, the kids always loved him, this is a shock to us. -Wolf Nutsack, 2020

I believe in giants, the New York Giants!
we need a united Mississippi
Top

blackg wrote: ↑
1 year ago
I believe in giants, the New York Giants!

You know football, Yettee. Any team in particular?
we need a united Mississippi
Top

blackg wrote: ↑
1 year ago
You know football, Yettee. Any team in particular?

I'm no expert, but the Giants draft pick made a lot of news this year... they picked QB Daniel Jones at #6 and were much mocked for it. There were also racial overtones to the criticism because they picked a white QB over at least a couple of black QBs who were much better rated. Their current QB is old (relatively speaking) so there's a question about who will start, the kid with a lot to prove or the veteran. Sports drama.

Favorites to win it all next year are the Patriots (of course) and the Chiefs, with their super-prodigy QB Patrick Mahomes. I would say a wild card who could end up winning it all are the Browns... great young QB and just traded for a fantastic receiver.
Top

The Wikipedia page for the Emperor in Star Wars might very well be longer and more detailed than that of any Emperor of Rome.
Top

So the earth is flat AND we have giants?

You sure you’re an Egyptian Muslim and not a Los Angeles Scientologist?

Did the giants go bald?
Top

I'm going to delay the part 2 of the giants since it's too boring to keep posting about the same topic twice in a row, and i'm going to talk in the next thread about aliens, demons, magick, occultism, Kabbalah, Sufism and Sirius star.
You're a shit tier dumb poster - earth is flat etc. Reminds me of the clueless aunt, uncle John was good, the kids always loved him, this is a shock to us. -Wolf Nutsack, 2020 Xexos wrote: ↑
1 year ago
I'm going to delay the part 2 of the giants since it's too boring to keep posting about the same topic twice in a row, and i'm going to talk in the next thread about aliens, demons, magick, occultism, Kabbalah, Sufism and Sirius star.

I wanted more on giants, maybe aliens too. Sounds like you don't believe much in the giants anymore.
Top

JLBB wrote: ↑
1 year ago
I wanted more on giants

Think they were agile though?
Even afro has seen the women I've dated and can affirm that they arent 3s or 4s.
Top

Arjen wrote: ↑
1 year ago
Think they were agile though?

No wonder they didn't last

Giants do in fact exist, I met one once. He said his name was Andre.
Top

That Guy wrote: ↑
1 year ago
Giants do in fact exist, I met one once. He said his name was Andre.